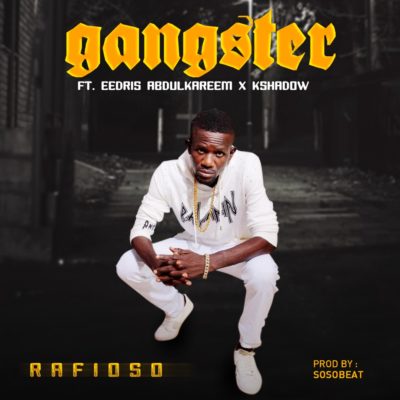 PJ Records number one signee Raphael Adebajo popularly known as Rafioso is out to shut down critics with his hot and blazing single “Gangster”. He featured Lakreem’s Record CEO Eedris Abdulkareem and K Shadow a multi-talented up coming artiste on the song.

Word on the street is, Rafioso is out to clap back at Timaya for releasing a controversial video about him and Eedris Abdulkareem, but who cares? This dude has the fire in him and he is obviously ahead of his game. No one can stop him now, as he’s got the backing of the powerful Dubai base record label PJ Records.