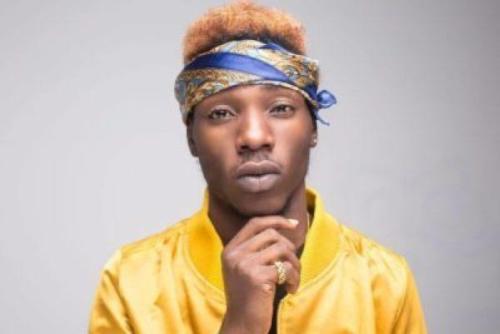 Olamide’s protege and former signee of YBNL, Davolee has left the label to join a new label.

The rapper took to his Instagram story to make the announcement as he posted a picture of himself with documents right in front of him alongside people suggested ro be executives of the label he is newly signed to.

He posted the name of the record label to be New Nation Muzik and this has come as a shocking news because a lot of music fans still believe he is signed to YBNL.

What has even raised more eyebrows is the fact that Davolee deleted the post just few hours after posting giving suggestions there could be some sort of irregularities in the contract and a bad blood between Olamide and the young rapper.

Rapper @eminidavolee dumps #Olamide’s YBNL for New Nation Muzik . . In a shocking news that has just hit the entertainment industry, “Way” Crooner , Davolee has allegedly dumped YBNL for a new record label. . . The singer posted a photo on his Instastory this evening with caption “onto the next one #NewNationmuzik #DavoleeWay #NewFamily” which suggest that the artiste may have dumped YBNL after spending two years with the label. . . Inside sources say the artiste may have made the new move for New Nation Muzik due to his dissatisfaction with the way he was managed at his former label as the sources say he was never offered a real contract. . . Davolee featured Olamide in his 2017-hit “Oya Gbeff “, he also featured in Olamide’s 2017-monster hit jam “Pepper Dem Gang”. . . The artiste has now deleted the post sparking even more rumours that all is not well between YBNL Boss Olamide and Davolee. . . Details to follow. [SWIPE]

Davolee was signed to Olamide’s YBNL in 2017 and he released “Pepper Dem Gang” which was one of the top songs of that year.