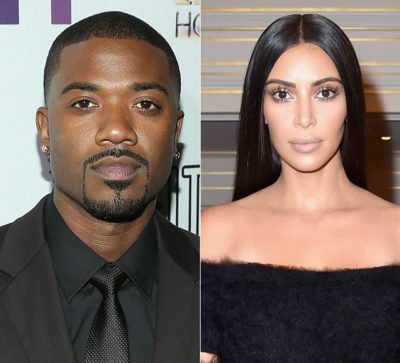 According to reports from The Sun(USA), American singer, actor and TV Personality Ray J couldn’t stay mute while having some time in London, England. The singer was out in the UK promoting his new single “Right On Time” at a media event when things got emotional. Ray Jay who was inebriated reportedly started exposing his ex’s sexual fondness and also confirming that Kim Kardashian once owned a Louis Vuitton agglomeration of sex toys. Ray J also said Kim would splash out as much as $100,000 on G-strings underwear just to suit her fancy.

However, Kim through a reply to a Nigerian twitter user @OKardashWest has come out to laugh off Ray J’s claims and as well as call him a “pathological liar”.

#TSRClearTheAir: #KimKardashian calls #RayJ a “pathological liar” in response to a recent interview where he reportedly gave alleged details about their intimate life ?? [SWIPE]