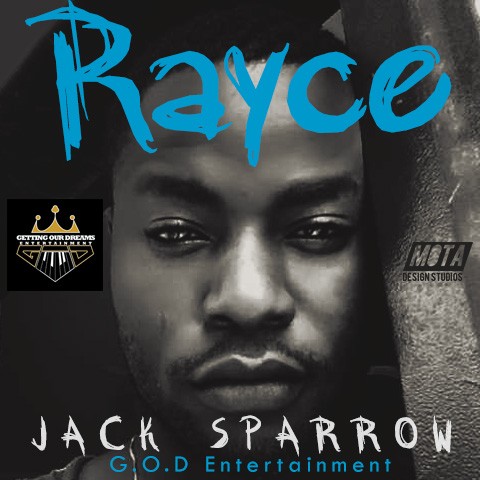 The energetic Rayce returns with a sound engineered to hijack the airwaves, as well as the hearts of music lovers everywhere! In his new mid-tempo offering titled Jack Sparrow Rayce displays a growth in musical expertise, while retaining those elements which made his 2011 hit ‘Roll’ the raving success that it was. The careful fusion of the old and new results in a sound which needs just one listen to show that Rayce – in his incarnation as the lady-ravishing Jack Sparrow, is set to take his fans on the musical voyage of a lifetime.

Indeed, recent moves made by the talented singer and producer cut the figure of a man with colossal plans, as he recently joined his friend and frequent co-conspirator Dpzle as a label mate on Getting Our Dreams Entertainment.

Showing a preference for the figurative backseat, he has spent the last few months lending his skills to the works of Dpzle, De Magnus, and JDM among others – crafting a host of club ready tracks which have commandeered the airwaves. With Jack Sparrow, Rayce is effortlessly showing us what it great music is and with his new home Getting Our Dreams, fans across the globe can expect nothing but hits after hits from this strategic alliance.