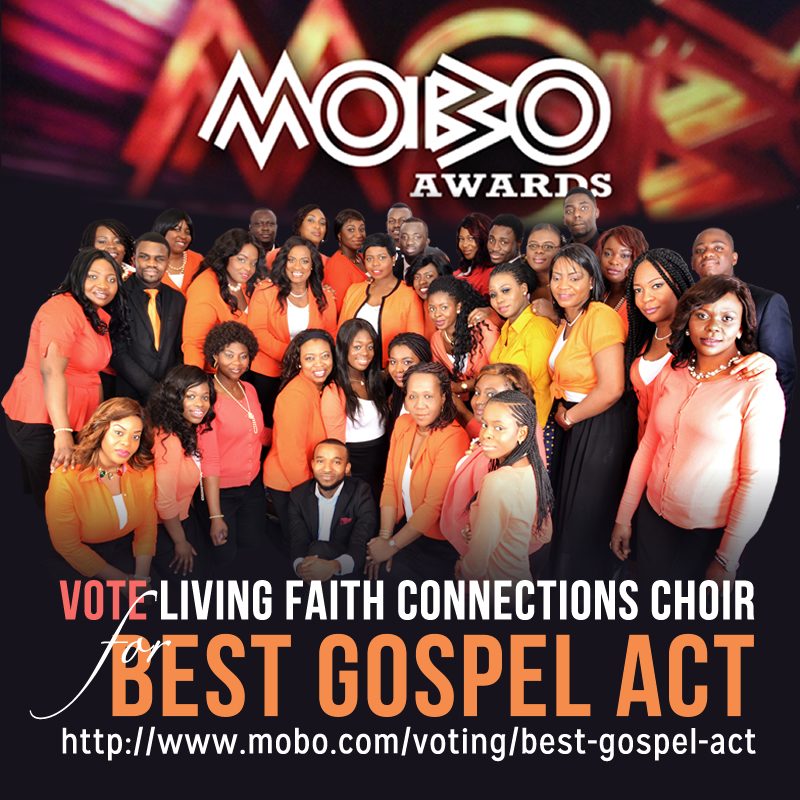 Award winning Gospel group Living Faith Connections Choir are flying the flag for a new wave of Gospel music in the UK and Africa at large. Having already been nominated at the Africa Gospel Music Awards for ‘Group/Choir Of The Year’ and reached the finals of the BBC Gospel Choir of the Year finals, the London based choir have now been nominated for ‘Best Gospel Act’, at the prestigious MOBO Awards.

The Living Faith Connections Choir released their debut album in 2013 titled Beyond The Norm, collaborating with award winning songwriter Evans Ogboi to create what has widely been regarded as one of the best modern Gospel albums to come out of the UK and Africa in recent times. The album’s lead single “Nobody But You” went on to win ‘Song Of The Year’ at 2013’s Africa Gospel Music Awards.