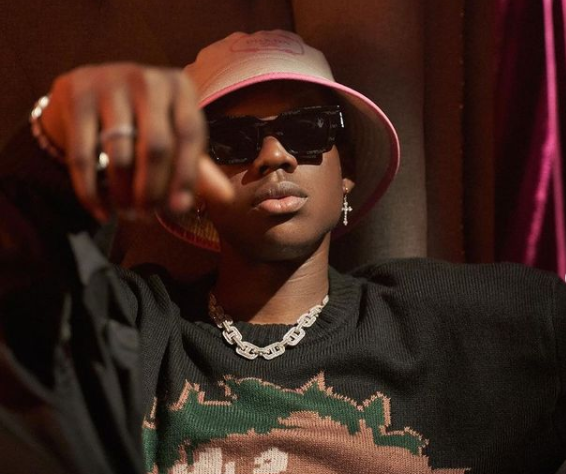 Most celebrities love to adopt peculiar behaviors and crop them into their signatures. This signature ranges from catchphrases to slogans to pose, to mention a few.

Nigerian singer, songwriter, and rapper, Divine Ikubor, known professionally as Rema has taken to the micro-blogging platform, Twitter to share his reasons for adopting the “Bat” emoji as his signature emoji.

In his Tweet, the Mavin-records, Prince said that BAT serves as a reminder of where he originates.

“In Benin city, when you look up the sky in the evening all you see are bats flying and that’s why it is my signature emoji, a constant reminder of where I’m from“

“In Benin city, when you look up the sky in the evening all you see is bats flying and that’s why its my signature emoji, a constant reminder of where I’m from” ? pic.twitter.com/vcGP2RF37q

His revelation has sprung reactions from his fans. See a couple of them below;

A follower said, “You are igbo too don’t forget your root“

Another wrote, “I swear you Igbos like to claim everybody. Na so una wan claim Burna wey be Ijaw guy” in response to the first.

While critics said, “Wrong impression you are giving about the state because I don’t see Bats in my area you should have said in your area not in Benin City @heisrema“