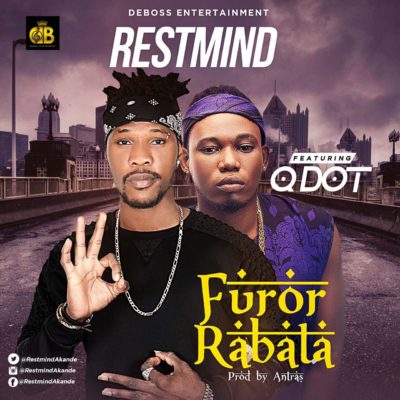 DE BOSS ENTERTAINMENT proudly present RESTMIND Ft Q-DOT ALAGBE – FUROR RABATA
The Sensational rapper AKANDE SHERIFF popularly known as RESTMIND who started his music career as a producer in 2010 under Royal Revolution Ent,
RESTMIND is now out with an hit club banger single called FUROR RABATA where he featured QDOT ALAGBE,
The Dubai based Nigerian artist have a unique way to sly beats with his Afro-Rap. Genre (ibile) style of rap which made him stand out from rest.
More hits are still coming so seat back to feel the vibe.