Previous: Rudeboy Calls Nigerian Police “Bunch Of Illiterate Fools,” They Are A National Disgrace, He Adds
By Tomiwa | Aug 28, 2019 | 11:35 - Leave A Comment 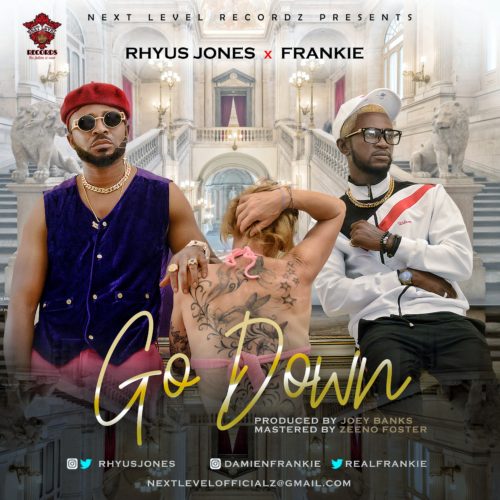 ONYILOKWU JONES AMEH; Mononymously known as RHYUSJONES. A recording artist/ song writer, and a super model. A native of Otukpo Benue State. Born Oct 31st. RHYOUSJONES is humble, kind hearted and believe so much in love, realistic/spirituality existence. He’s so good looking and exquisitely skillful with a sensational soft touch and a sexy baritone voice that appeals more to women and his general audience. with his Neu soul/ Afro pop style of music, he’s one of the pillars of Next Level Records. The Benue born, Lagos based has made a several special appearance and performance with the likes of 2BABA, D’ BANJ, BANKY W, PSQARE and many more…!

FRANKIE… Is a silky and good looking talented young man whose versatile Reggae Dancehall style of music has earned him a nickname SUPER FRANKIE by those who has seen him done his thing, FRANKIE is one of the pillars artist of the Next Level Records movement redefining the presentation of popular music in Nigeria and global stage The benue born whose birth name is FRANK DANIAN was born in a ghetto called Ajegunle (AJ city) Lagos state, where he got the inspiration to become a reggae dancehall music artist and determined to create his own standard in this music field. FRANKIE is working very hard to be different and massively increase his fan base by entertaining and titillating the world with his powerful vocal power.

These two talented artiste – Rhyus Jones and Frankie joins force to dish out this banging song title “Go Down“.