Rise Of The Real And The Winner Is …. 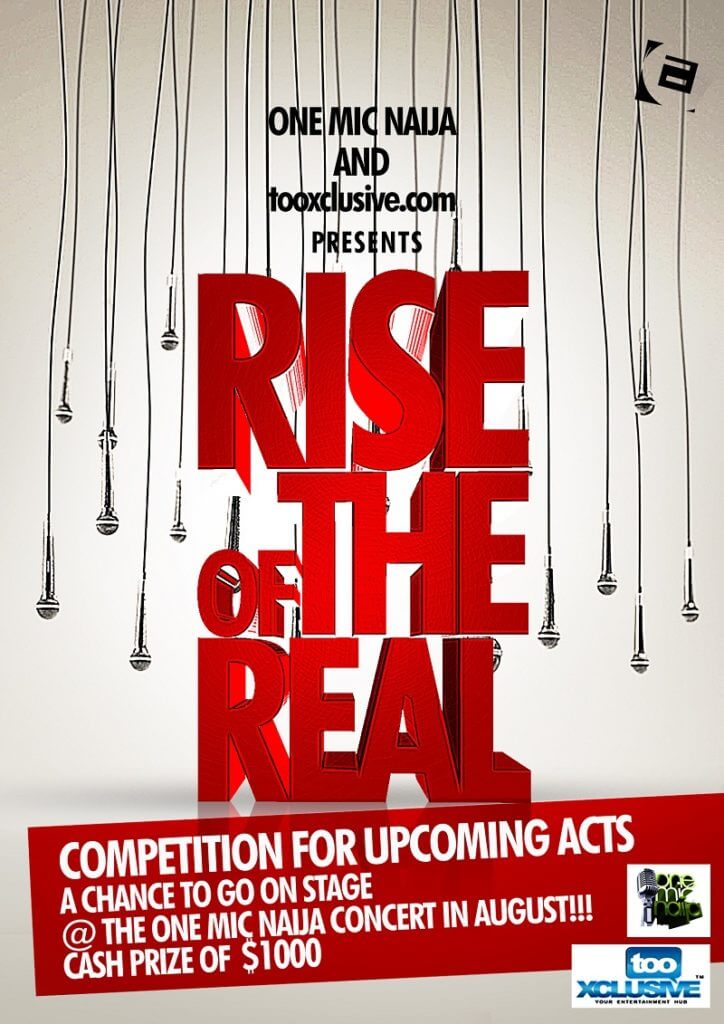 After over 3 months of Competition and Voting we have a winner. The results of the poll are out the winner and the runner up were decided by you and the fans of the artist in the Top 20 finalists

AND THE WINNER is ……( Itunu – Dis is Love) she gets a cash Prize of  650$ , a live performance on stage at the OneMicAugust , a full promotion of his/her single for 3 months (which would include ads of all kind @ the winners choice on tooXclusive) +One Free PR service from HYPE PR .

BIG SHOUT OUT TO ALL THE FINALISTS ,YOU ALL ARE  WINNERS . See You all @ One Mic August 26th Get Arena Is the Venue …. 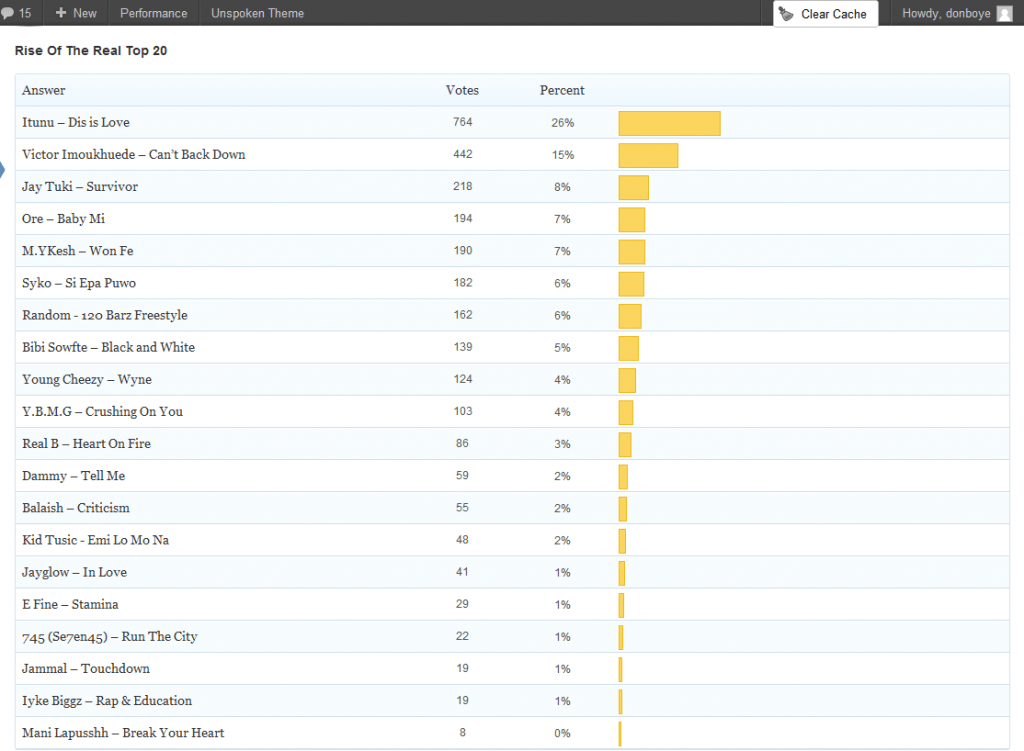