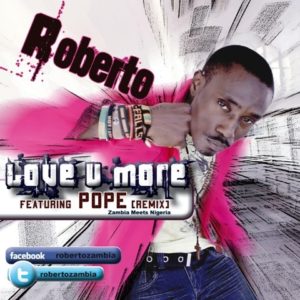 R&B artist, radio presenter, music producer, song writer, and 2009 Song of the Year winner in Zambia. Roberto has been trailblazing the East African scene with his unique brand of music, having put forces together with Ugandan Artist Toniks and formed a Duo dubbed UZ47, their single SWAG METER. With a very successful last album Akasuba , Love you More was the first single off his upcoming yet to be named album and due to its success Roberto’s decided to feature one of Nigeria’s rising stars Pope.