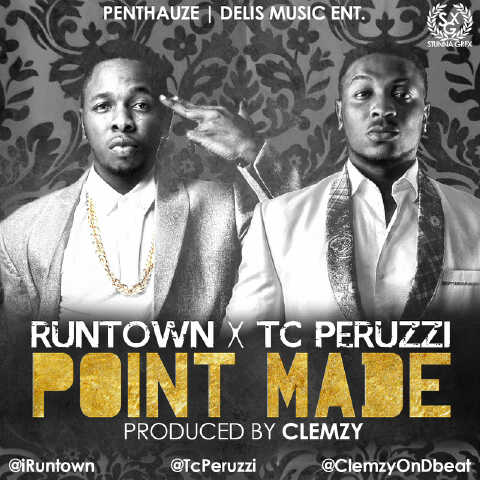 After a successful release of his debut video and singles (Nagode and Dodorima) Delis Music Badman; Tc Peruzzi teams up with Penthauze Music’s Runtown on a song titled “POINT MADE” Produced by Clemzy.

“Point Made” is a self-explanatory lyrical song and Both artistes display Greatness.