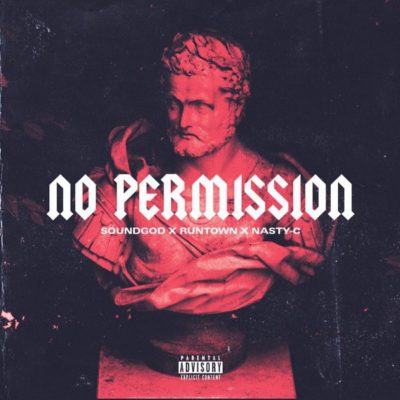 Soundgod, Runtown who is still enjoying the massive success of Unleash, links up once again with South African rapper, Nasty C who had turn his favourite since their joint work at Coke Studio. They both delivered a great lines on this “No Permission”.

Nasty C drops heavy bars on this one, while Runtown switches his flow with a rap verse as well, nobody expected this, but its heavy.  Just like their collaboration on “Said“, “No Permission” will also take over your playlist and airplay because of it potentials.

Listen and Enjoy below also share your thought about their collaboration.