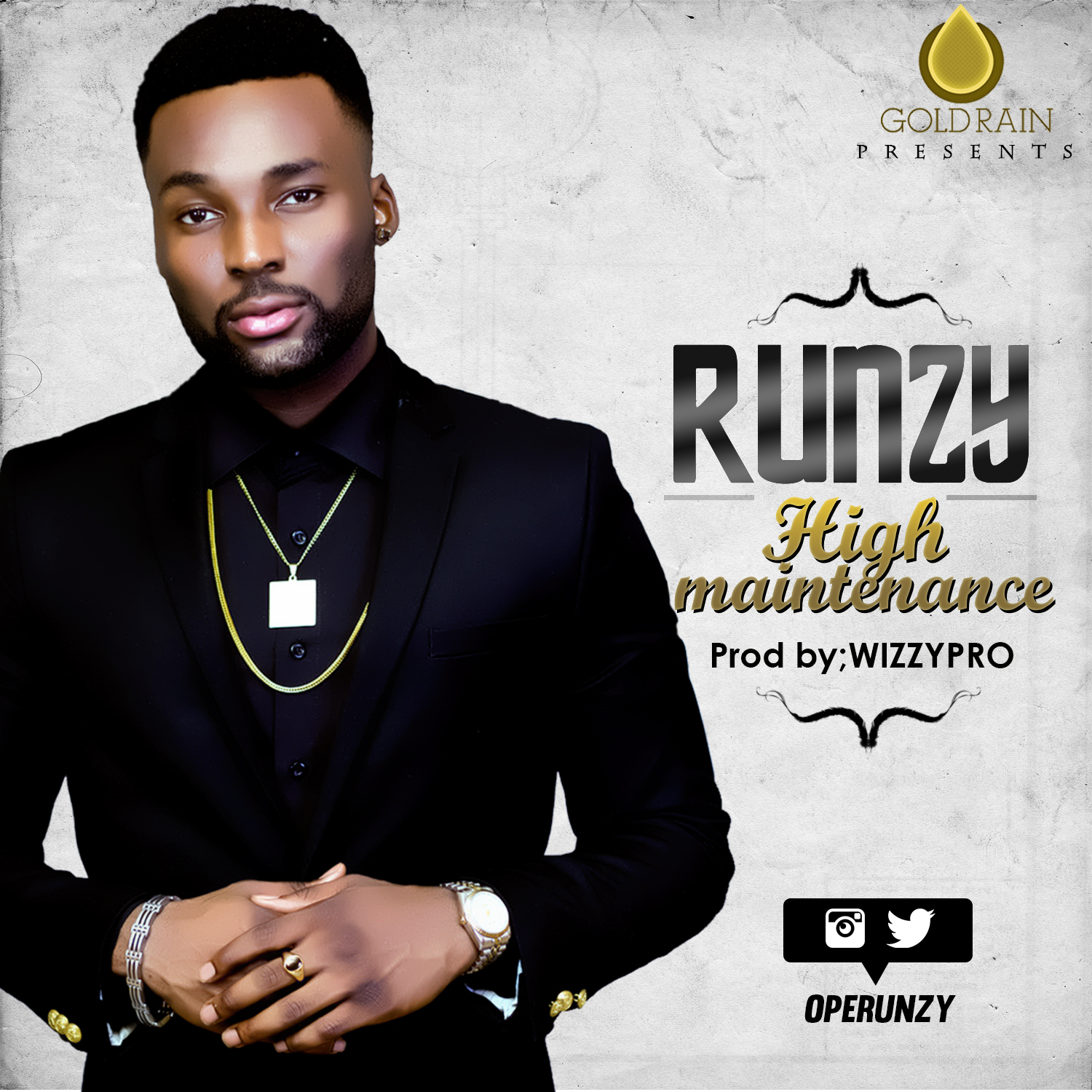 Runzy; CEO/singer/songwriter is one of Nigeria’s rising acts.Having worked with top producers in Nigeria.
Runzy recently launched a cross continent production frenzy by reaching out and collaborating with talented and sought after producers both in the US and the UK. This he has achieved while earning a Bsc. degree in Finance.
He’s genre of music cuts across various styles and has strong influences of Afro-beats, Afro Pop, Dance Hall, House, High life Music and Hip Hop.
Runzy recently released an official single called ‘High Maintenance’; produced by WizzyPro; An Ace producer who is behind successful singles by major Nigerian Acts.
The Video is truly and classic directed by champion Studio, shot on location in the DC,Maryland and Virginia parts of the United States and is already on high rotation on major media stations in Nigeria.