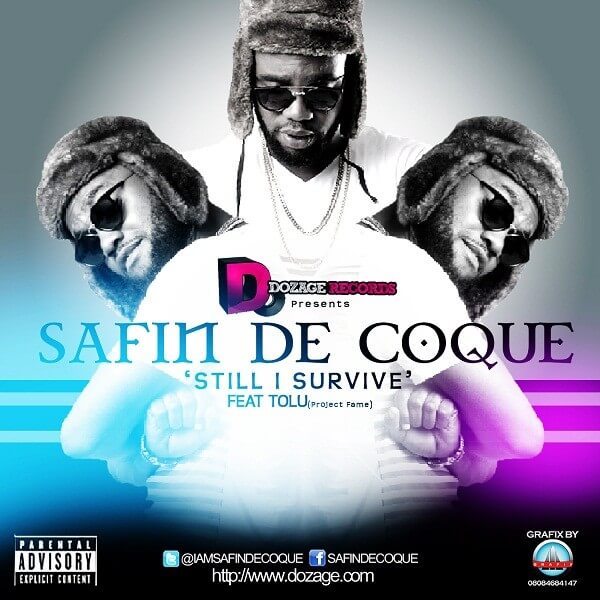 Son of highlife legend Chief Oliver De Coque, Safin De Coque is under the umbrella of Dozage Records and they are presenting this earth-shattering collaboration with Tolu of Project Fame titled ‘Still in Survive’. The infectious rap song which talks about daily struggles for survival in a society with little or no hope for the helpless; and also his father’s disdain for rap music and living in a polygamous house with no motherly support.

His life experiences stirred the muse in him in writing the song for the hopeless and distraught. Safin De Coque released his debut single ‘Nwafo’, late last year immediately he was snapped up by Dozage Records and is now back in full throttle and ready to take his rightful place among the rap-heads and hip-hop lovers. He teamed up with Tolu of Project fame and together, here is ‘Still I Survive’.