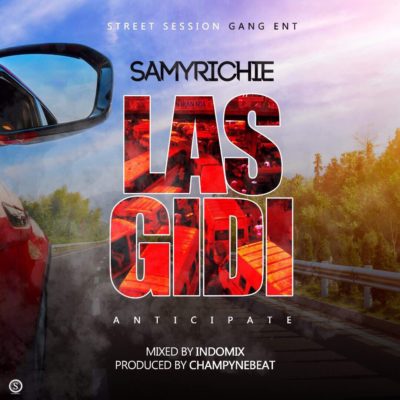 Damian Chukwuma Samuel stage name (Samy Richie) Is the Newest bomb Artist. His debut single Finger lickin was released 2015 .  Now he is back with A NEW WAVE trap rap #Lasgidi . The track is being released under SSG entertainment . Samy Richie also has a lot of several tracks yet to be released! His Latest Track LASGIDI is a banger.