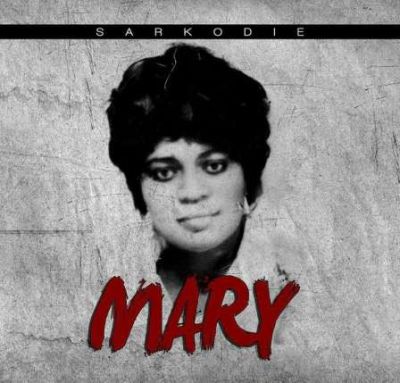 Sarkodie is set to drop his 4th studio album titled ‘Mary’, which is reportedly dedicated to his late grand-mother. Sarkodie said it took his two years to create the album.

The Ghanaian rapper’s album will feature only live instrumentals and nothing like his previously released songs.

‘Mary’ is a 14-track album which features Chase, Obrafour, Mugeez, Efya, Akwaboahand others.

Sarkodie, widely considered as Ghana’s finest music star at the moment, dropped his debut album, ‘Makye’ in 2009. He followed up with ‘Rapperholic’ in 2012 before dropping ‘Sarkology’ in 2013. Interestingly his collaborative track “New Guy” with Ace Hood is missing in the LP’s set.

See full tracklist of ‘Mary’ in the image below. 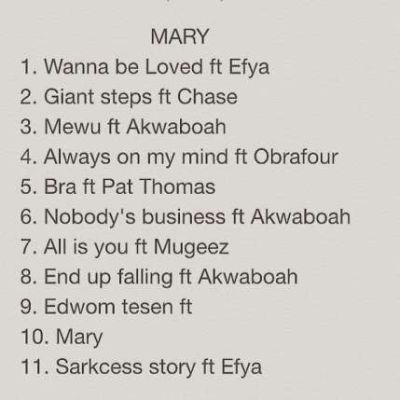