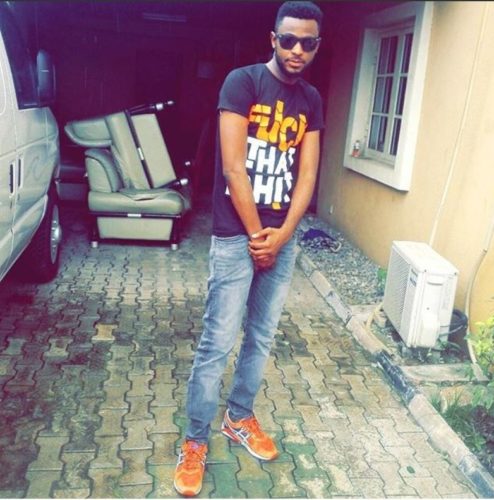 Nigerian artistes pay tribute to young man who was killed by men of the Federal Special Anti Robbery Squad (FSARS), a team of the Nigerian Police.

Just over the weekend when majority of the Nigerian people were at home easing off the stress of last week’s job and some football fans keeping a date with the English Premier League, an unfortunate and pathetic news hit the nation as a young man who was watching a football match between Liverpool and Tottenham was hit by a stray bullet from the gun of a SARS officer after careless, sporadic shooting at the Onipetesi area of Lagos State.

A video circulated on social media showing the young man being put in a car in order to have him get quick medical attention. But unfortunately the efforts resulted in vanity as the young man lost too much blood and eventually died. Since the incident, Nigerians have taken to social media to vent their frustrations over the evil actions of these terrible police officers which have been causing sorrows in the homes of many countrymen.

After this news plagued the internet, music celebrities as well have taken to their social media pages to condemn the act of these vicious sets of police men and to call for their total end!

Rip Kolade Johnson ! All this nonsense must stop ! Fucked my week up ! #Endsars ASAP!! Rest In Peace Angel !?? God is alive ! 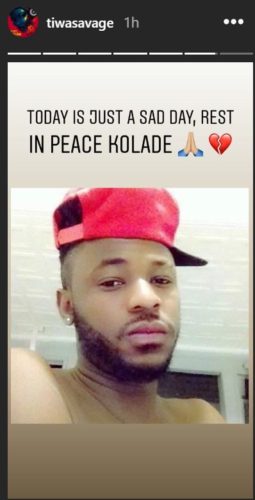 When are they going to end this #sars another innocent youth is gone. Rip #EndSARS now. pic.twitter.com/8GTELTm8hH

This post is for our leaders: @muhammadubuhari @profosinbajo @akinwunmiambode, @jidesanwoolu, @aleeygiwa… Dear Sirs, Kolade Johnson, an innocent, young citizen of Nigeria is dead. He was the only son of a widow, a husband and father. His only crime was being in the right place at the wrong time… watching a football match when SARS operatives who allegedly came to arrest someone, started shooting sporadically. Kolade is not the first innocent victim of reckless behaviour by SARS operatives, and he will almost certainly not be the last. It is sickening, frustrating, and unfair. We are tired of hearing about victims of police brutality, but never hearing about the criminal, reckless police officers being brought to justice. We are tired of screaming and tweeting #ENDSARS while our innocent young people are being extorted, bullied, maimed and killed by the very same officers who are meant to protect them. And we are tired of our leaders remaining silent, incident after incident. We’re going to track down Kolade’s family, pray with them and raise money to assist them through this terrible tragedy. We hope that our leaders will use this opportunity to ACTUALLY show that they care about our lives and wellbeing, by tracking down the reckless officers responsible for this murder and bringing them to justice for their vicious crime. We will not let this go. Kolade was innocent and did not deserve to die. Kolade could have been anyone of us. Please show us that you care about us. Please. #JusticeForKolade PS: Anyone who has the contact details Kolade’s wife and/or Mom, please DM @theofficialeme_ and myself. We must take care of ourselves with or without our Government. PPS: please repost

Something has to be done, we can’t go on like this. #EndPoliceBrutality

It is worthy of note that this won’t be the first time such despicable and vindictive act will be coming from the hands of these police hooligans as there was a time there was a massive outcry on social media to put a stop to the activities of these men after contnously going around the country to maltreat innocent people. This outcry birthed the #ENDSARS camapaign which trended on the internet for weeks, until the government decided to take an action on it.

SARS was reported to be disbanded by the new Inspector General of Police which calmed the tension in the country for a long time until news of the resumption of their callous actions began to hit social media again.