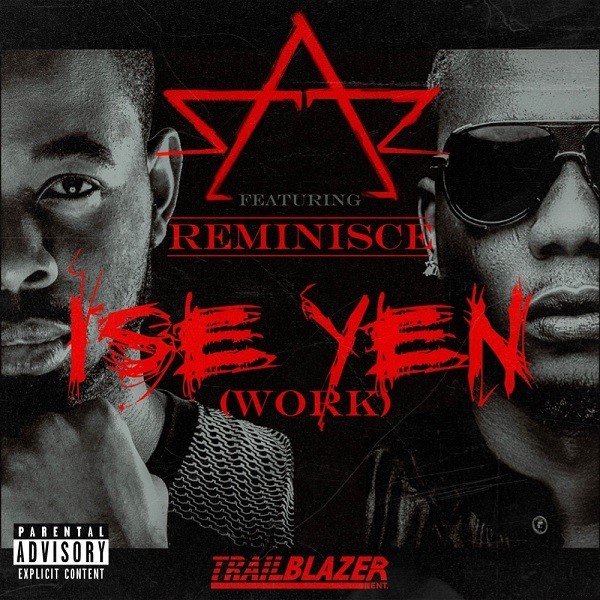 A Couple of weeks ago ACE Producer SARZ released CELEBRATION Featuring former Label Mate K9, and now he is here again and this time he features Close friend and tag team buddy “REMINISCE” aka “ALAGA IBILE” and this one is titled “ISE YEN (WORK)”. Both Songs have been released Under SARZ’s new Imprint “TRAILBLAZER ENTERTAINMENT”. Expect the official Single and Video off his coming album…Enjoy