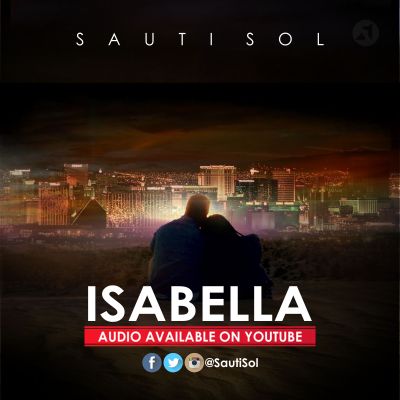 The award-winning Kenyan group – Sauti Sol – release ISABELLA, the sixth single off Sauti Sol’s upcoming third album: LIVE AND DIE IN AFRIKA, set for release in 2015. The acoustic ISABELLA is a bonafide ballad, and truly represents Sauti Sol’s soulful side and prowess in crafting songs. The lyrics and storyline of the song flaunt a vagabond and youthful love, which knows no age, race or religion.

The music video of ISABELLA will be released in September. It was shot in Las Vegas by director Stevie Rodriguez and is centered around two love interests. The video will include scenes from Sauti Sol’s 2015 concert at the iconic Hard Rock Café in Las Vegas, USA.