When I Say I Love You, I Mean It – Harrysong Pens Heartfelt Birthday Message To Kcee 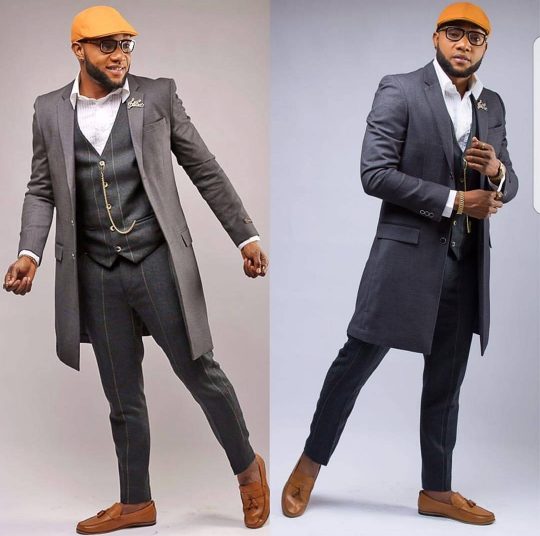 The Reggae Blues crooner, shared a photo of Kcee then wrote:

Wen I say I love u,, I mean it,if I ‘ve ever called you my brother,I meant it,my friend ,My brother,my boss,I wish you a happy and a blessed birthday,may you increase in grace and in strength in Jesus [email protected]_kcee you ‘re a good man.#fivestermusic #alterplate#take over the world.?

Recall the pair where involved in an issue a couple of months back which saw Harysong saying he made Kcee who he is today.

The issue which saw the Singer, being arrested resulted in his label, Alter Plate, releasing a statement which read thus:

, “It was 8 am and policemen acting on the instruction of the Assistant Inspector General of Police in Onikan, stormed our hotel room to invite Harrysong over for questioning.

“As a law abiding citizen with nothing to fear, we got dressed up and went to the AIG’ s office. On getting there, we were greeted by the presence of a haggard looking young man in cheap suit, identified as Five Star Music’s lawyer.

“As against the kangaroo statement released by Five Star Music, Harrysong did not at any time approach anyone or company to sign him; it was Kcee [who] approached Harrysong on bended knees to help salvage his dying career after he fell out with his then partner [Presh].

“As much as Harrysong loved to help him out in that time of need, it is worthy of note that Kcee is talentless and knows next to nothing about music.

“Harrysong had a running contract with Questionmark Records, but out of desperation, Kcee and Five Star Music were prepared to pay off Kelvin Luciano in their quest to have Harrysong at all cost.

“It should be recalled that Harrysong succeeded in recreating Kcee’s sound, as he wrote and co – produced hits including Had it been I know, Okpekete.

“Limpopo, Pull Over and other songs that defined the Kcee that everyone now knows and celebrates today.

“For what it’ s worth, Harrysong’s dealing with Five Star Music was with the clause that he would be left to pursue his career whenever he deemed it fit. For the records, Altarplate has come to stay and the general public can do business with Harrysong and Alterplate management.”