Previous: Is Wizkid The Biggest Artiste Of This Generation? 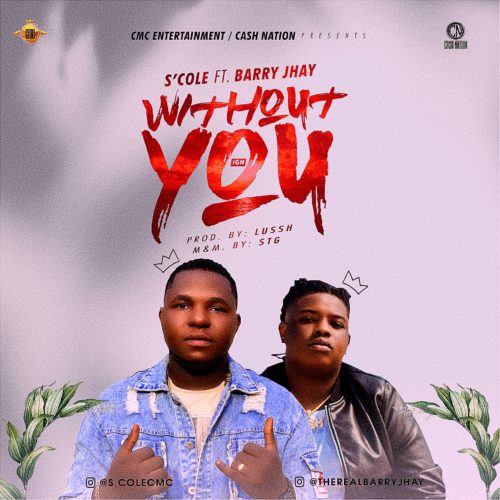 S.COLE born; Oluwasegun Kunuyi and hails from Ijebu Ode, Ogun State, makes a major comeback to the mainstream music industry after his previously released viral song; ONE & ONLY which featured QDOT.

The Lagos bred act; comes through with an inspirational piece christened WITHOUT YOU featuring rave of the moment; BARRY JHAY.

The song was produced by LUSSH, mixed and mastered by STG.