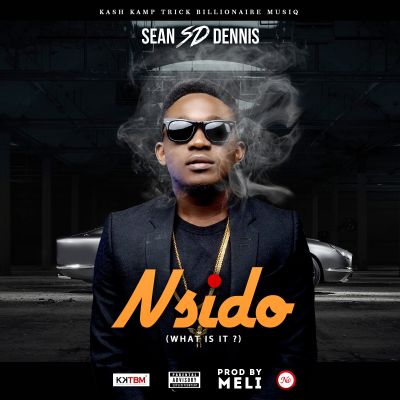 KKTBM‘s rap/hip-hop act Sean Dennis a.k.a SD is back with this killer tune titled “NSIDO”, meaning “What Is It?” in Ibibio.
After gaining new grounds and building up more fans from his previous single /video “Almost Famous”; this Akwa Ibom born rapper silenced his critics here as he brings out the energy on the beat produced by Meli.
SD is not slowing down, he is set to drop his highly anticipated mixtape next year which features label mates Yung6ix, Percy and rappers like AQ, Ycee amongst others.

Listen and watch out for more music from this young talented rapper.