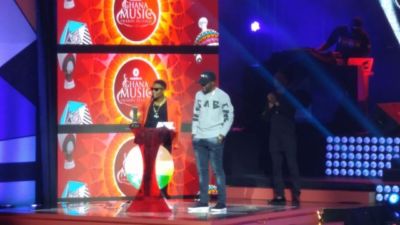 The show which was hosted by Chris Attoh and Naa Ashorkor Mensah-Doku, saw our very own Wizkid, winning the award for the African Artiste of the year.