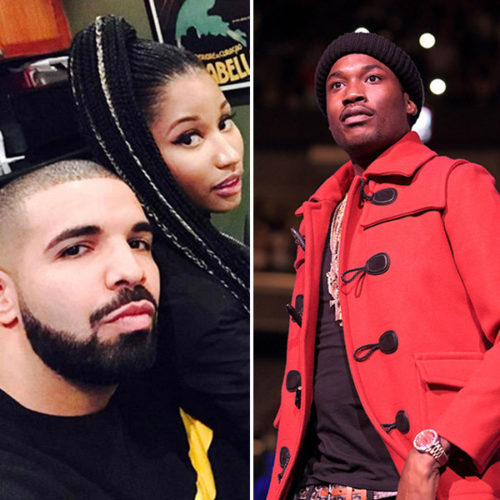 Famous American YouTuber, DJ Akademiks has disclosed the reasons behind the beef between Drake and Nicki Minaj.

The famous presenter in one of live streams on YouTube made known the reasons and also claimed Nicki Minaj has been sending him death threats. Akademiks who revealed Nicki Minaj has a “clown” behaviour said during the days Nicki was dating Meek Mill, both lovers went to a very expensive clothing store to shop for things and after shopping, Meek Mill wanted to pay for the things bought and realized he never had enough cash, he then asked Nicki to pay with her card. But out of a shocking move, Nicki separated her things from Meek’s and paid only for hers, telling Meek “Drake wouldn’t do that shit,” and storming out of the store leaving Meek.

After that incident, it was reported that Meek Mill went on Twitter telling everyone never to compare him with Drake (apparently that was what caused the beef between Meek & Drake). DJ Akademiks however revealed she would like if Nicki can challenge his story. He reveals because of this particular story which almost every industry person has heard, Drake decided to distance herself from Nicki and work less with her in order not have his image tarnished, leading to more bad-blood between himself and other people in the industry.