Burna Boy is trending and he is on the trend tables for the wrong reason.

The African  Giant’s name is on everyone’s lips after he lost four international awards nominations at the 2022 Soul Train Awards.

However, he lost the nominations and as expected., Wizkid FC had something to say about it.

According to them, Burna Boy lost because he failed to bribe the Soul Train Judges as he did with the BET and Grammy Judges.

They also revealed that Burna Boy lost because he did not add the name of the CEO of Grammy, Harvey Mason Jr to “LAST LAST” as he did with the songs he submitted to the Grammy committee.

Read the tweets below; 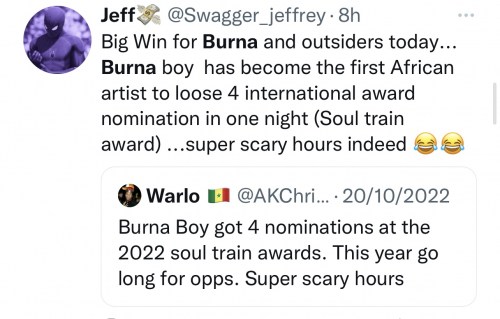 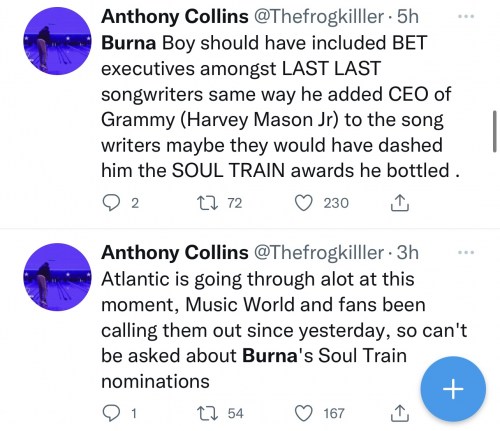 Asake, Tems, Burna Boy, Others To Perform At 2023 Coachella