When Seun Kuti was announced by the 2019 Grammy awards organisers as one of the artistes to grace the stage to perform, there was celebration in the Nigerian music scene as there was the feeling that it is a great achievement to have a Nigerian perform at the prestigious award ceremony.

But fast forward to the night of the 10th of February, 2018 when Nigerians were glued to their TV to see their own son deliver an extravagant African performance, it ended in disappointment as till the end of the event there was no sign of the late legendary Fela’s son on stage.

This made people have different opinions as to why he was absent on stage, many feel the organisers later cancelled his scheduled performance while some feel he felt overwhelmed by fear of not been able to deliver a superb performance at the event.

However, all thoughts as to why Seun Kuti was absent has now been laid to rest as the singer/instrumentalist took to his Instagram page some minutes ago to tender an apology for his absence.

The singer gave the fact that he missed his flight as a reason for not being able to perform. He wrote; ‘First and foremost I have to say I am sorry to all the fans that tuned in to see us perform yesterday but didn’t. I had the weirdest ticket mix up in history meaning I missed my flight and the rehearsals and we couldn’t go on,”

First and foremost I have to say I am sorry to all the fans that tuned in to see us perform yesterday but didn’t. I had the weirdest ticket mix up in history meaning I missed my flight and the rehearsals and we couldn’t go on. Big up to Soweto Gospel choir a group that has also inspired me. @fatoumata_diawara__ for holding down our show without me. @lekanbalogun1 @mccoyclothings for making us look really nice on that red carpet @versatilebay for @chefyeide clothes. @egypt80band and our entire team we must keep banging the door till they let us in!! #getthesax 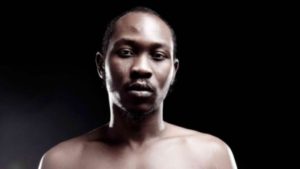