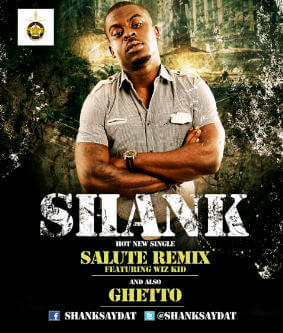 This is the highly anticipated remix of the massive SHANK single “Salute” which features none other than E.M.E star boyWIZKID as well as the brand new single from Shank titled “Ghetto”.

Both produced by prolific producer SARZ, the “Salute (Remix)” is nothing less than what you expect when SHANK and WIZKID get together in the studio – PURE MAGIC and “Ghetto” which will serve as Shank’s forthcoming single is another great showing of what an amazing talent the singer, songwriter, producer and recording artist really is.