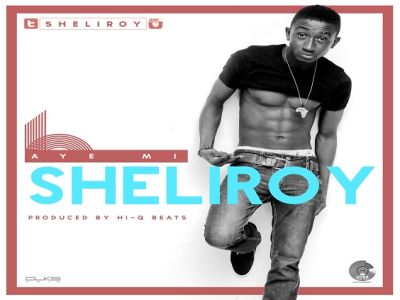 Sheliroy is the newest act under ‘Over The Top’ entertainment which is frontlined by award winning music duo- Skuki
Sheliroy might not be new to some Nigerian music pundits as he has been an underground act for a while prior to his signing with ‘Over The Top’ entertainment..
He is known for his ability to combine Yoruba & English to create his own unique sound, He like many other artistes has been in the industry for a while, Plotting and waiting for his breakthrough, His signing to Over The Top entertainment came as a perfect platform.. Sheliroy has previously collaborated with the likes of Shank, General Pype, Vector & Seriki
Just early this year he won the much coveted ‘Lagos State Black Heritage Competition’. He was also an integral part of the first season of ‘Skuki & Friends’ Campus Tour as he performed in all cities wow-ing the students with his energetic stage craft!
He is now poised to take his music to the next level.. Join us as we welcome Sheliroy on board the ‘Over The Top’ entertainment ship!
Listen to AYE MI as Sheliroy makes his debut on Over The Top Entertainment, Produced by Hi-Q Beats –
Enjoy!