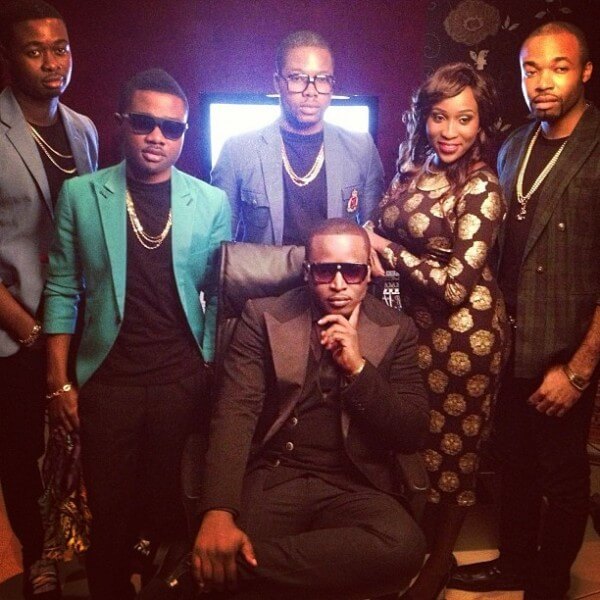 The social networks have been buzzing with this news, I had to confirm it myself and it is indeed true that Ademoye Oluseyi aka. Sheyman has parted ways with eLDee da Don and Trybe Records.

Sheyman is no longer with the label and his rep confirmed this news. ‘Sheyman is in a meeting now. He’s on his own now, doing his thing‘, said Sheyman’s PA Damilola.

The PA added that the producer now has his own production label called Phat Base Entertainment. Sheyman’s Twitter page corresponds with his PA’s story as his profile links to a website Phatbase.com which is currently under construction.

Trybe Records is yet to release an official statement on the split but Sheyman’s profile has been taken off the label’s official website. Sheyman who is also known for his sound engineering skills (he mixed and mastered Iyanya’s ‘Kukere‘).

Sheyman was with Trybe Records for a year and he released the hit song ‘Celebrate’ under that label, He was said to have been working on his third album ‘From Zero to Hero’. 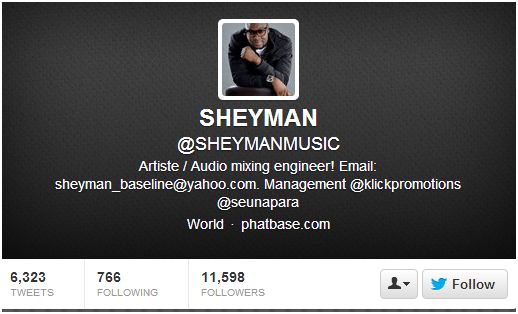