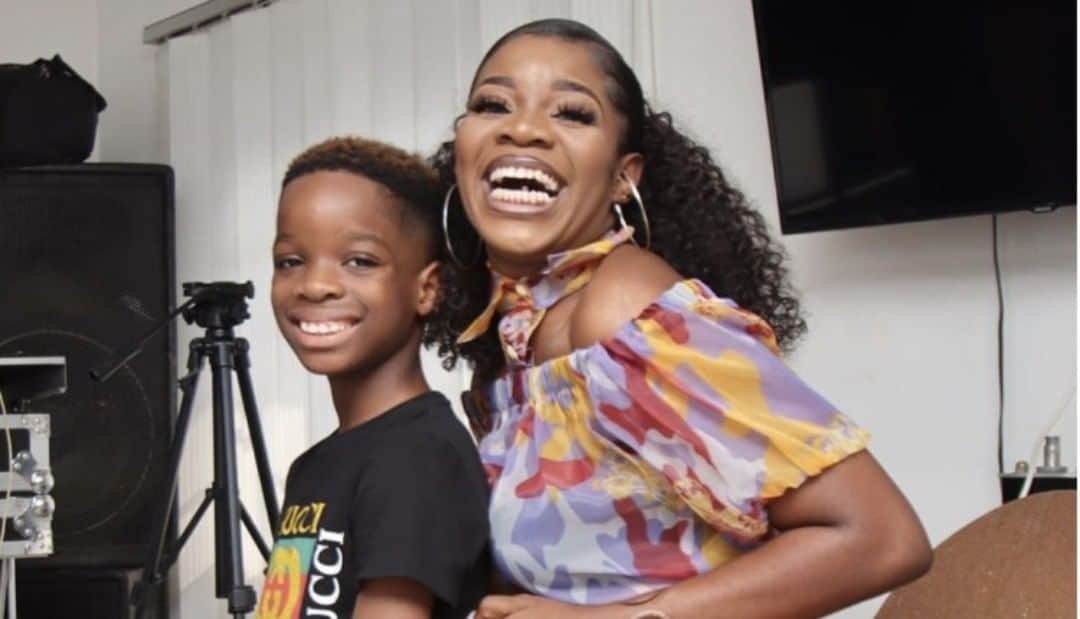 Wizkid’s first baby mama, Shola took to Twitter to share a conversation between her and her’s son headteacher.

In the series of tweets, Shola revealed that not one, not two but three girls are in love with her son. She revealed that she got a funny call from the headteacher narrating how Boluwatife has entrapped the hearts of his female classmates.

According to the headteacher, if Shola doesn’t caution her son she will be forced to call a parent-teacher meeting.

Shola said the whole conversation was funny but reassured the headteacher that it will never happen again. Sharing the conversation, she threw shade at her baby daddy, Wizkid with her last statement; “The leaf really and truly doesn’t fall too far away from the tree”. 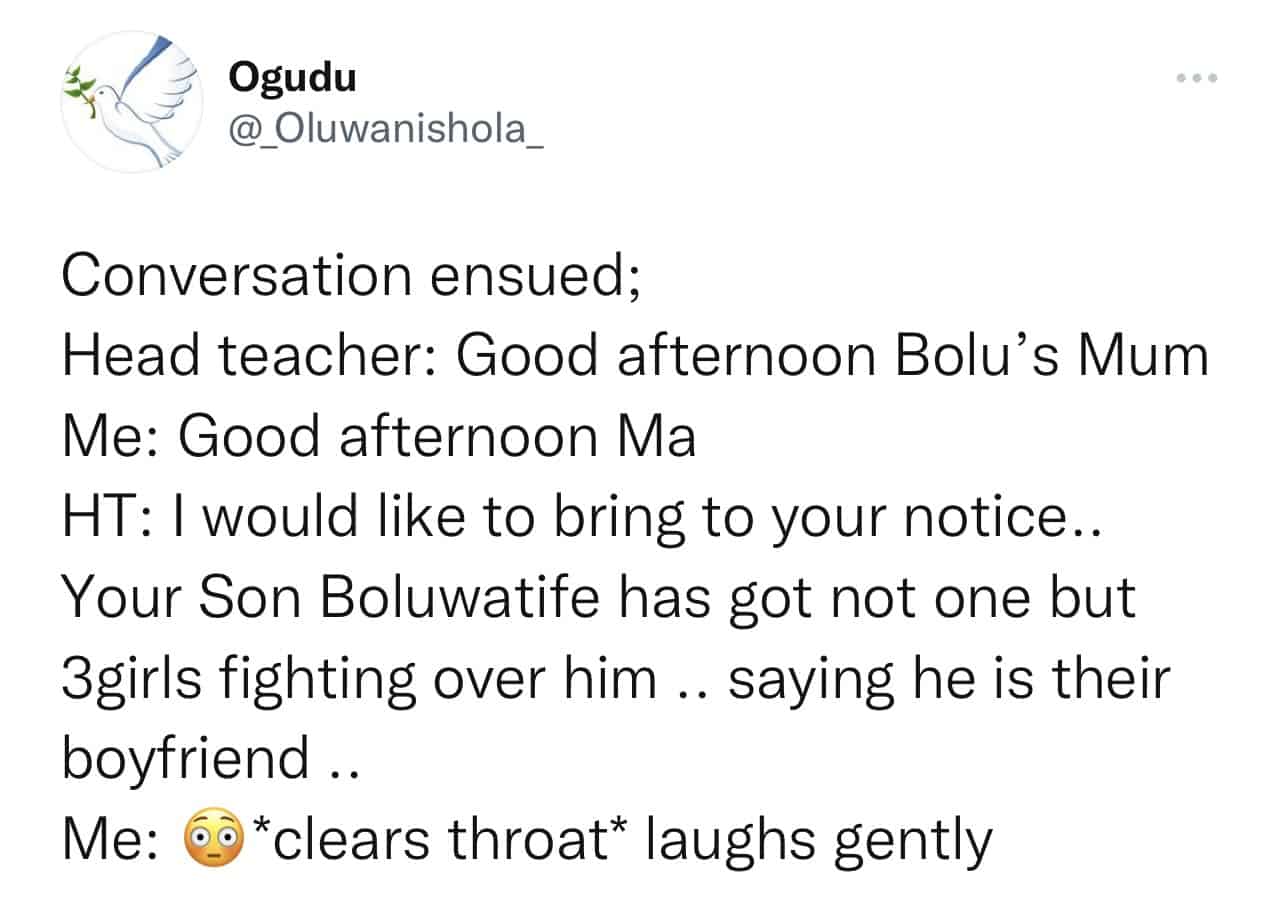 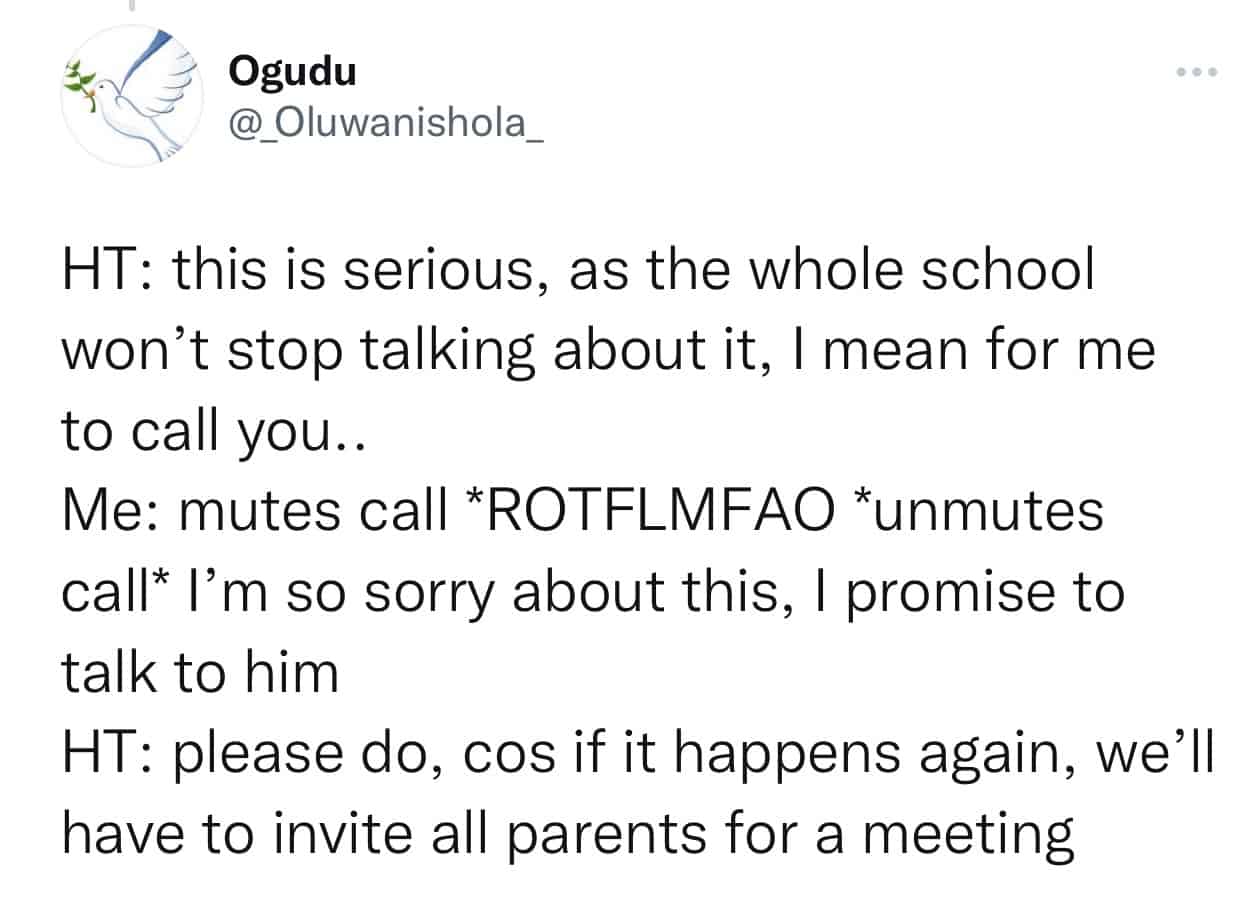 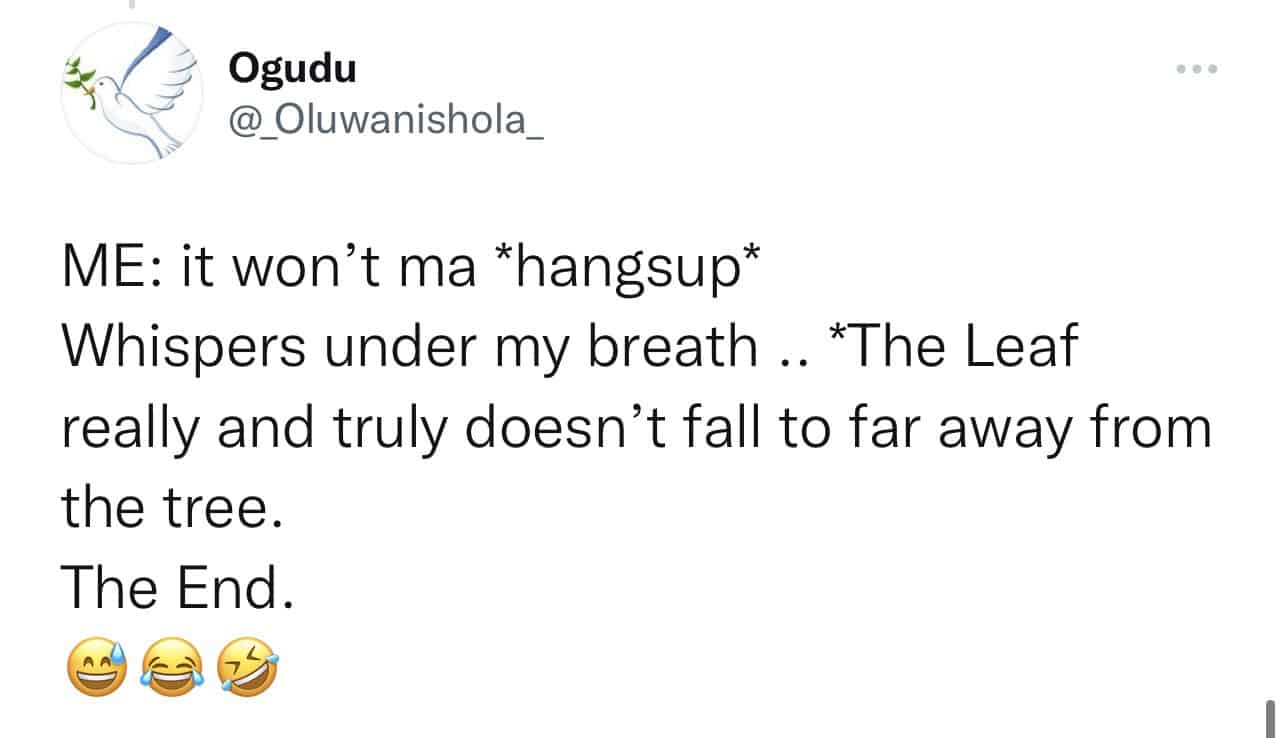