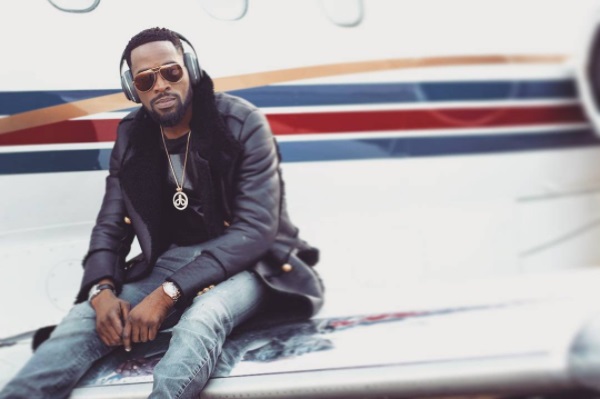 It’s been a while since D’Banj made the news. And to be factual, the other times he did, it wasn’t in such good light. So you can imagine our excitement with the event of the birth of Daniel the third, his newly born baby boy (who by the way already has an Instagram account with more than times two the amount of following that I do).

Now, instead of D’Banj to bask in the euphoria of fatherhood, he has usurped the attention that the arrival of his son brought, to his maniacal advantage. News happened again, this time with information that the eja nla crooning entertainer would be dropping yet another album. This one is titled King Don Come and it features 12 tracks. However, this tracklist is inclusive of 2 bonus singles, and both are songs that date far back as 5, 6 years ago – Top of the World and Oliver Twist respectively.

You see, the p with this move is the fact that D’Banj is trying hard to fashion a comeback. He tried it with Emergency – indeed that one caught our attention even with all the drama that roped in producer, P-Loops, but we really didn’t care because it’s been like a dusty while since D’Banj actually pulled off a hit, which was even shortlived. Then came Focus. Killertunes produced it, and as tuneful as the afrobeat melodies wired into the instrumental was, fans compared it to trash – the one pulled from out of a refuse bin – not the one put inside it. What an expression!

The funny thing is D’Banj had launched an initiative, C.R.E.A.M, meant to foster and herald the talents of the industry’s young ones. At least, we expected he was going to finally take a back seat and channel all his resources into birthing a starlet whose only objective would be to takeover. But no, daddy has refused to chill. Rather, the last we heard of that initiative was the music videos he sponsored for all five of the artistes who got lucky to be discovered on that platform.

Just so we do not stretch this point too long, someone needs to tell D’Banj to stop. He really needs to stop. He just needs to give it all up. He needs to take a backseat and start charting a new industry course from the background. Because the truth is, if we’re to go by the present scheme of things, that’s where his input would be valued the most. It would be impossible for D’Banj to make a revered spot on any list right now, definitely not with his Efe style of rap, like we saw in his teaser video for It’s Not A Lie. It can’t happen. It won’t work! Well unless we’re doing throwbacks.

By now, D’Banj should be well positioned in the industry not just as executive, but as one who has traversed the lengths and breadths of it. He should be doling out his honest abe opinions on how systems in the industry should operate – based on experience. He should be schooling the younger generation about music labels and record deal signings, how to entice brands for endorsement deals, and strategies for penetrating the international market. Stuff like that. It’s about time he free this music and studio hustle for them Wizkid, Runtown, Olamide and Tekno. It’s their time now. He can’t be running with them, instead he should be watching them run and ensure they come out on top … [to be continued]