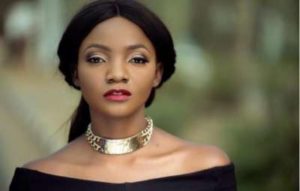 Singer, Simi who has become a regular victim of Fashion police raids on social media, was recently dragged on Twitter for displaying her ‘fat tummy’ during her performance at the BBNaija eviction night show.

The X3M music signee was again a subject in the hands of critics who trooped to Twitter to criticize her for putting her ‘fat tummy’ on display during her performance at the BBNaija eviction night show. Some of the commentators condemned Simi for her negligence that led to what was described as an “unattractive fat tummy” while some section of the critics said she should have at least been reasonable enough to put on a wear that would have concealed her body fat in the stomach section.

Simi however seems to have developed a thick skin to criticisms especially as regards her choice of fashion. The singer reacted to the criticisms with satiric posts on her social media platforms to show that she is unfazed by them. In one of her tweets she satirically said ‘Honestly, I’m just rehearsing for my pregnancy.” 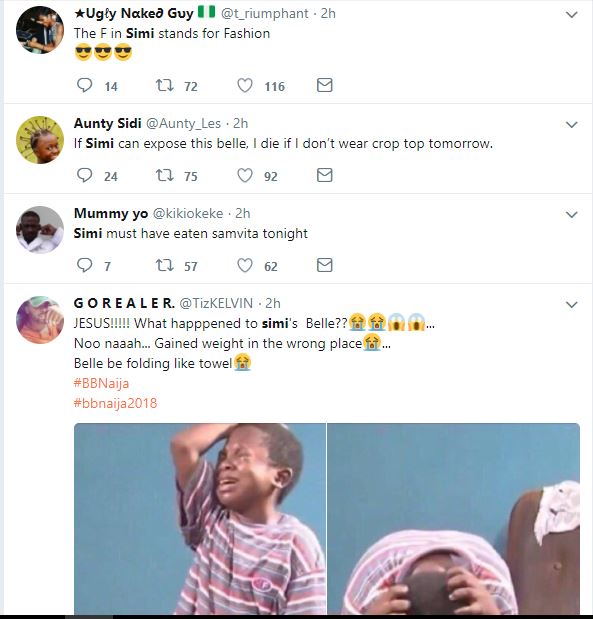 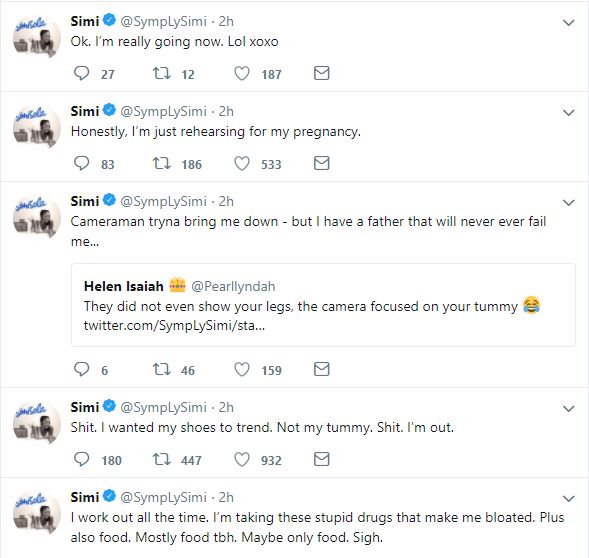