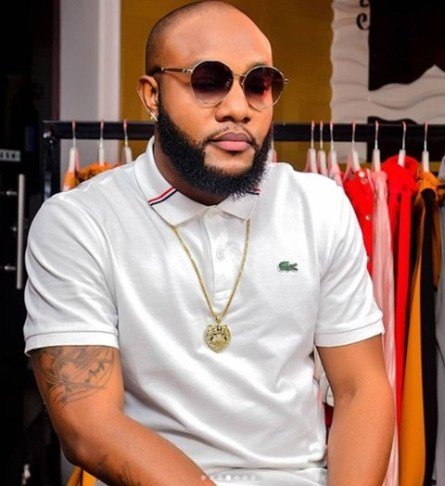 The “Limpopo” singer took to his social media pages yesterday to announce to the public the formation of a music band which he calls “Limpopo Band.” Kcee who himself in the early days of his career was a member of a band that participated in a talent show in the early 2000’s; “Star Quest” has tagged his band a “band of extraordinary people.” The singer shared their pictures on his Instagram page and wrote. “I am glad to present to the world my lovely band. The Limpopo Band! I call them a band of extraordinary people! Get ready to experience us!!!!! #Kcee & The LimpopoBand .”

Kcee is currently preparing for the release of his third solo studio album; “Eastern Conference,” which he earlier announced will be dropping this month. The reason for Kcee’s decision is easily understandable as he announced some weeks back that his album will comprise lots of high-life songs and like it is widely known, an high-life live performance best enjoyed when a live band is behind the projection.

I am glad to present to the world my lovely band. The Limpopo Band! I call them a band of extraordinary people! Get ready to experience us!!!!! #Kcee&TheLimpopoBand #kceeeasternconfernce #Easternconfernce