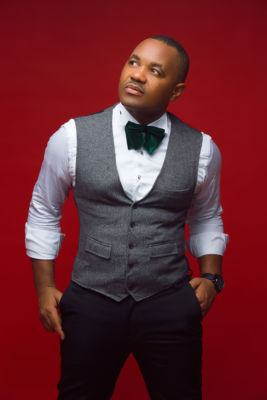 Music Icon, Slam drops his highly-anticipated single, ‘Nice and Sweet’, on his birthday, Thursday, May 26 on his Label – Slam Entertainment (S’Ent) in partnership with Disrupt DNA

Slam was one of the ace R&B artists signed under the renowned Kennis Music label and was known for his exceptional vocals and amazing ballads.

Slam is a gifted singer, song writer and music producer. His latest single has received a lot of accolades by some of the biggest names in the music business in the country.

Music critics acclaimed ‘‘Nice and Sweet’’ and the lyrics is described as highly intriguing. This rhythmically delivered sound, pierces through the heart and soul of any music lover leaving them simply mesmerized and in a feel good dance mood.

The music veteran, Slam; speaks on his choice for ‘Nice and Sweet’ as a first Single from his forth coming album scheduled for release next year – (date unconfirmed). ‘’ Nice and Sweet is one out of the many songs to be released this year as I would be accompanying this with a ballad – Fire Girl , which I’m practically known for (since) my release of Ibuchineke , Dreaming about you and Party one  -which left music lovers stunned for years.