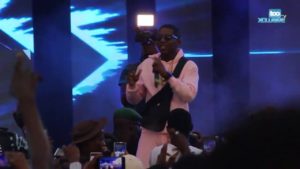 Small Doctor who was last week in the news as a villain is now in the news this week as a hero.

The “Mosquito” singer sold out his “Omo Better Concert” at the Agege Stadium, in Agege, Lagos on the 9th of December, 2018.

The concert was a huge success as there was large turnout for Small Doctor who is a breed of Agege.

There were performances from almost every name you can think of in the music industry – from Small Doctor himself to Reminisce to Mayorkun to CDQ to Oritsefemi and many more.