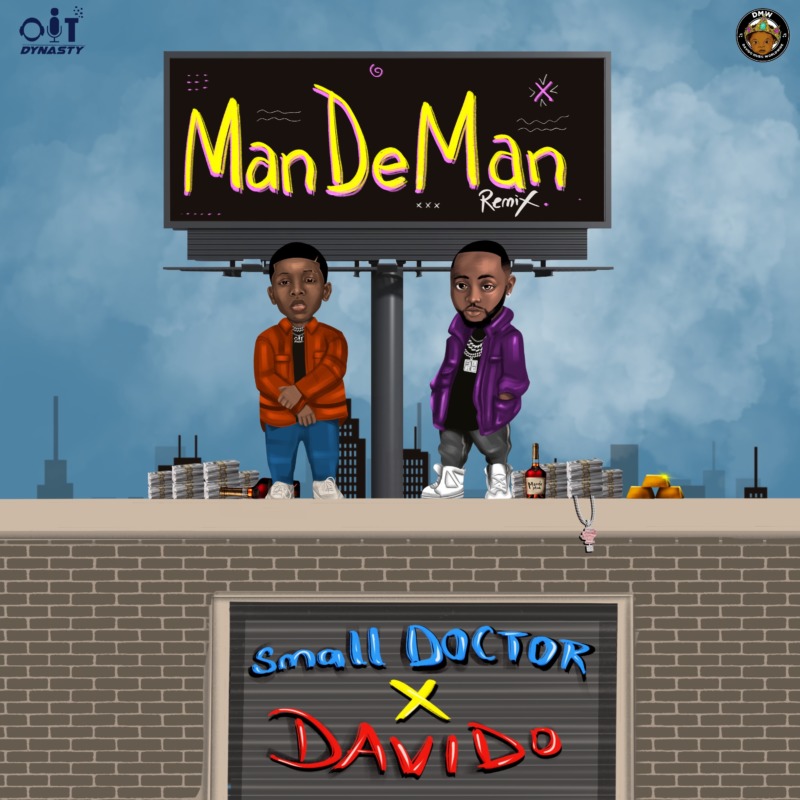 Street ambassador – Small Doctor teams up with one of afrobeat finest, Davido to remix his already banging record “Mandeman”.

The 2020 song is a follow up to Omo Better’s previous single – ‘Soro Soke‘ which was released during the #EndSars peaceful protest carried out by Nigerian Youths. On the street anthem filled with the latest trends and social media slangs, Small Doctor addresses the then trending issues on social media and also on the streets. He start with the physical assault between Lil Frosh and his girlfriend to the Ongoing #EndSars #EndPoliceBrutality protest. About the protest he shares that the Nigerian Youths has taken over the streets of Lagos in Unity, One Voice without a leaders.

The much anticipated Remix already caught the attention of music lovers when the studio snippet was posted on social media. The studio session unveiled another additional catchy lyrics/street slang… ‘No be say dem no get money, but e no choke‘ and started trending since then. The new Remix is produced by Shocker & NapJi.

Listen and Enjoy “ManDeMan Remix” below