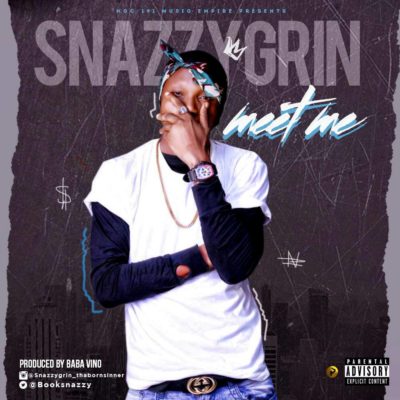 Snazzygrin is an underground breathtaking Rapper who hails from Delta State … He is a student of Delta State Polythecnic Ozoro. Snazzygrin was named King Of Wordplay by his listeners after the release of his single Save9ja ft Shuunbebe which makes waves in the south, and he’s here again with another dope tune tittled Meet Me Produced by Baba vino who also hails from the south side ..
He’s been recording good music for a few years now.
His style of music can be describe as Afrotrap Rap… He nailed the song with his catchy lyrics heavily interweave with  street influence.
Listen and Drop a comment about the song
Follow Snazzygrin on Instagram @snazzygrin_thabornsinner