Wizkid Is Definitely Bringing Home A Grammy… Yea! Or Nay? 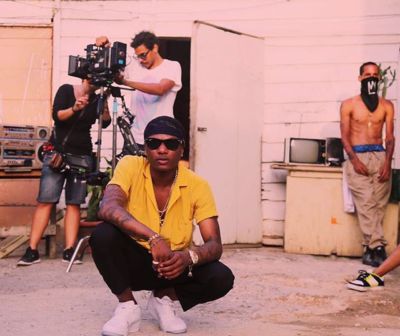 “I’m heading for a grammy, one-man army, my hits gon’ be felt from Nigeria to Miami…”

Those were the lyrics of singer/rapper, Skales’ breakthrough single, “Heading For a Grammy”. If those lyrics don’t ring a bell, then these certainly will…

The sad thing about these boisterous and somewhat boastful lyrics is that none of them has been able to live up to that promise, heck they don’t even look like they are on that path to begin with!

In the history of Nigerian music, only Afrobeat king, Femi Anikulakpo-Kuti, has come closest to bringing what is arguably the world’s most revered musical accolade home.

With a career that has spanned for decades and international collaborations with Common, Mos Def, Jaguar Wright and many more, Femi Kuti’s albums including Day by Day and Africa for Africa have won him Grammy nominations in 2010, 2011, 2013 and most recently in 2014.

That’s the farthest any Nigerian has gone with regards to bringing home a Grammy Award.

Davido, at 24, has accomplished much more than lots of artistes well into their thirties and forties put together. With several hits and accolades over his five-year-old career, Davido’s popularity has reached international status having worked with the likes of Trey Songz, Meek Mill and many others. Most recently, he signed a record deal with international music label, Sony BMG.

Then there’s Wizkid, the 26-year-old music boy wonder. In typical Naija fashion, there’s been comparison between Wizkid and Davido. I had always chosen Davido over Wizkid for a number of reasons, but recently Davido has been “falling my hand”. I could tolerate all his childish tantrums and excesses, his sometimes questionable fashion choices and his unproductive affiliation with B-Red, Danagog, Sina Rambo and all the other HKN wannabes; but it almost seems like this deal he signed with Sony BMG has become more of a curse than a blessing o! First of all, he has postponed his sophomore album to only-God-knows-when and he hasn’t dropped any new music for quite a while now.

Wizkid on the other hand has been making major moves of late. From his announcement at the Ghana Music Awards where he made public the new Ghanaian signings to his Starboy music imprint, to his going on tour with Chris Brown, his recent collaboration with Tinie Tempah and now his latest single, Shabba on which he has American music heavyweights Trey Songz, Chris Brown and French Montana; did I also mention his feature on Drake’s chart-topping single, One Dance , which by the way is still atop the UK charts.

I may not necessarily like a lot of his songs that are centered on women shaking their endowments and all what not, but I would be the last person to hate on someone with such talent and prospect.

If Wizkid continues at this pace, my projection is that he will definitely bring home a Grammy award in the next few years… can I get an Amen?

Chuks Asoegwu – a political scientist by degree, Chuxxx is a writer, OAP, event host, lyricist, sports lover and radio junkie. You can connect with him on social media where he shares his “explicit” thoughts on issues spanning across entertainment, sports and politics.