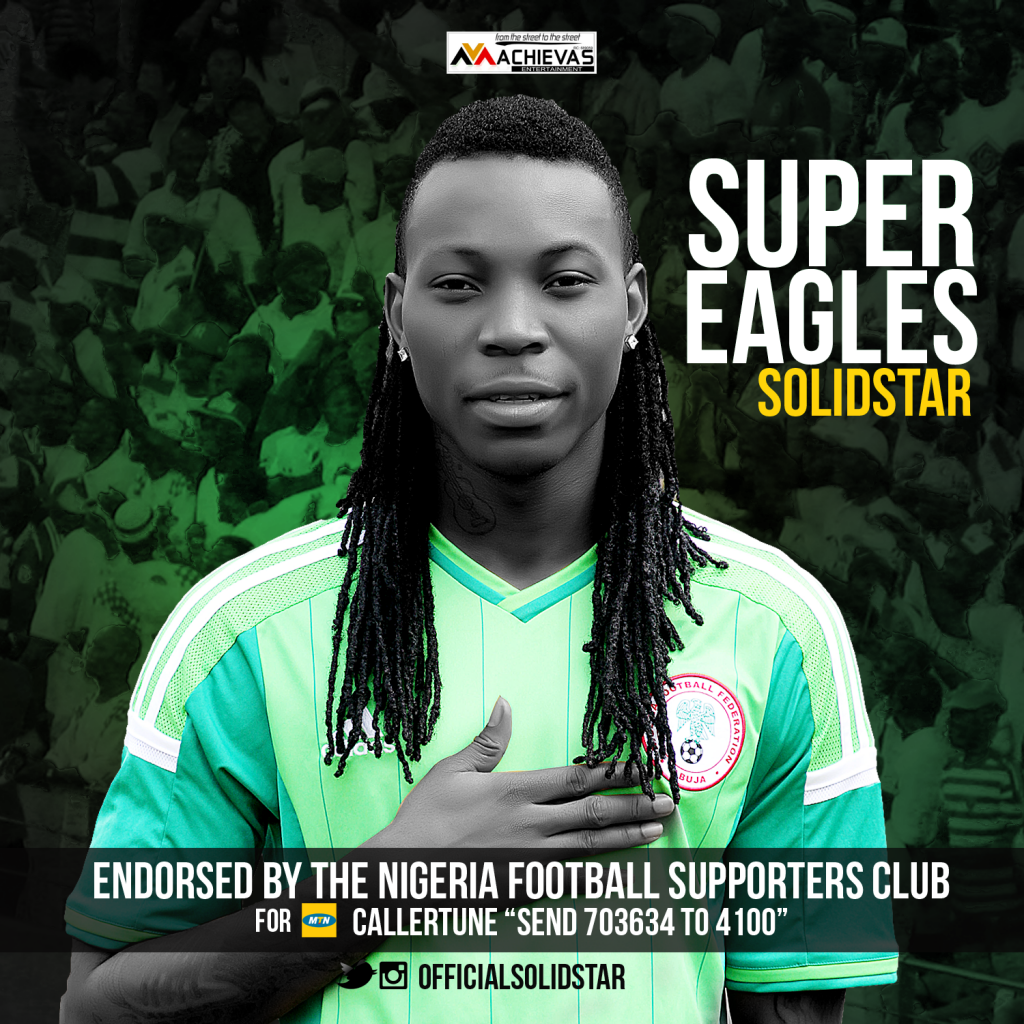 Achievas Entertainment artiste, Solidstar releases the official Super Eagles Supporters’ Club Anthem for the World 2014 titled “Super Eagles”. The video is expected to be released soon and will ensure that the catchy song produced by Masterkraft song become a street anthem during the course of the tournament.

“Solidstar – Super Eagles (Prod by Masterkraft)”, 5 out of 5 based on 1 ratings.