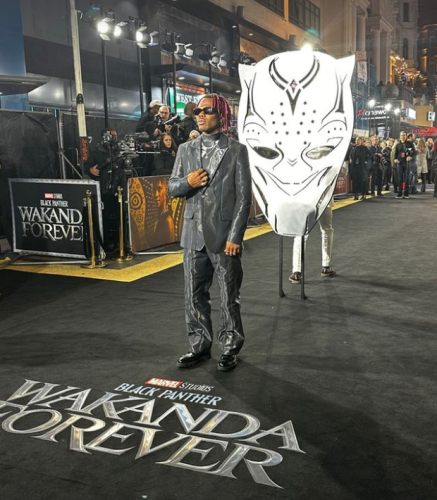 Ckay Anya Mmiri, A Black Panther: Wakanda Forever Music From and Inspired By.

With a flair for sonic experimentation, fusing Afrobeats with a touch of pop, psychedelic ambience, interpolation of classical, CKay is a Nigerian fast rising star that shows his creative genius but still remains one for the ladies. His debut album is title, ‘Sad Romance‘ and has one of the biggest Afrobeats record in the world ‘Love Nwantiti‘.

Gemma Victoria Walker professionally known as PinkPantheress, is an English singer, songwriter, and record producer from Bath, England. Her moniker is derived from The Pink Panther Show and Her lyrical inspiration is Lily Allen. Drawing from various influences, such as pop-punk, K-pop, and UK dance music, her music blends elements of disco, garage, house, lo-fi, neo-soul, pop, and R&B.