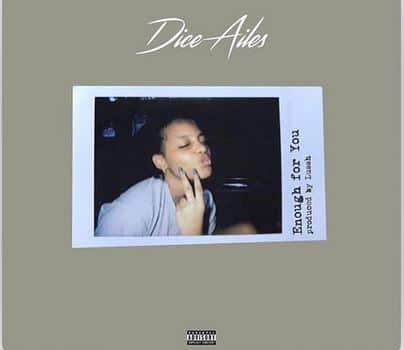 Chocolate City’s future, Dice Ailes is already the man of the day as he puts out his second official audio of today titled “Enough For You” which is premiered after the Soji featured record titled Diceyyyy

“Enough for you” is produced by Lush and mix and mastered by Marqai Mixx. On this one, Dice talks about how inconsequential money gets when it comes to the matters of the heart and how some lovers are just in check ‘cos of the goodies available.

They say when the money go the honey go

The money show, they go run to you

They laugh at you they go laugh with you