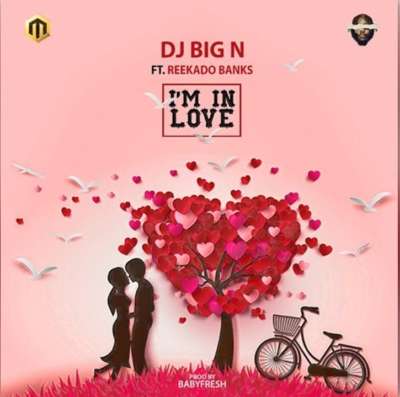 DJ Big N practically pulled a first with the release of ‘Trilogy‘ – a mashup of three of his collaborations with Reekado Banks , YCEE & Iyanya.

The Mavin records Disc Jockey has finally released what looks like the first of the series, in the form of a musical titled ‘I’m In Love’, on which he featured Reekado Banks. The new song is the full version of the singer’s verse off the Trilogy record which premiered here on tooXclusive in January. It captures the brilliance of Reekado Banks, especially his ability with choruses which makes him such a darling to pop music lovers.

The song, ‘I’m in Love’ is just as catchy as it is soulful. Certainly, it will get you hooked on the first listen.Hit the download key below and share your thoughts.

Girl if you love me I go fire down
straight up, no retire
baby you’re my diamond now
like water you dey turn me down