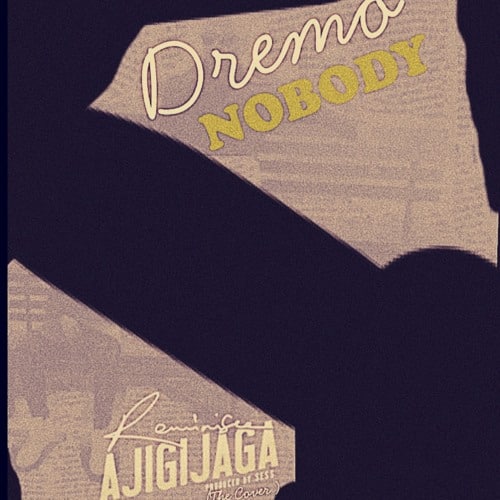 “Nobody” is a rap single Dremo released on the 4th of June, 2018 which is a cover to Reminisce’s “Ajigijaga.” When Dremo dropped this single, it went viral almost immediately as it talked about the struggles of the DMW artiste before he got signed by Davido.

The single documents very well how the process of his signing by the OBO went. Aside from the song being a form of an audio documentary, Dremo also talks about how sceptical how his mum felt when he decided to leave home in search of greener pastures, betrayal and hate which are trending phenomenon among youths of this generation.

This made the song a close jam of many young persons as they could easily relate to it and confirm the truth in what Dremo has said in the record. The song was a regular on radio stations as it was always played across the country from time to time. The video is a narrative one that also became popular among music fans when it was freshly released. It was shot and directed by Priorgold.

I’m in the mood
6a.m I line up, i’m back in the booth
I started out, a happy child
Cos I ain’t had nothing to be sad about
Or be mad about, just wanted my music out
It was me and Flo trying to figure
Shit out my O.G Joe, dat my nigga man
Introduced me to Yeyo & honorable dex
We became friends; friends and then family
Na for my papa dinning table wey P.G sign me
One year and six month, I dey for
Studio
I was a producer, that is something ya’ll didn’t know
My mama said, this thing really cool, that before you do music