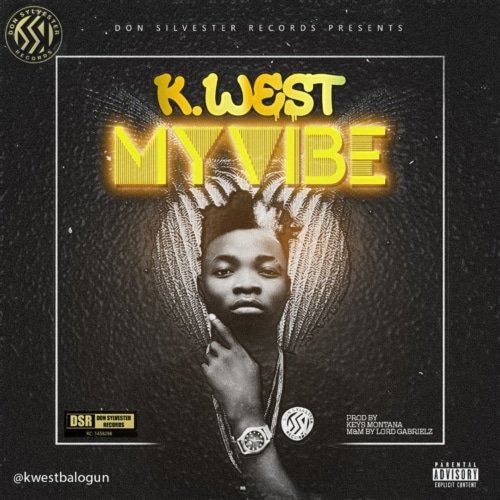 Oyewale Wasiu Adekunle better known by his stage name Kwest Balogun, is a Nigerian rapper and recording artist signed to Don Sylvester Records.
After rising to prominence as the headline act of AJB Music, the Ondo-based Yoruba emcee forged his solo path with fan favorites “Feel the beat” and “Peke”, before becoming a breakout star with hit single “IGBORO”.
K.WEST has been widely recognized for his flow and technical skill as a yoruba rapper, drawing comparisons to artists like Dagrin, Olamide and Reminisce from fans and critics alike. His music is often marked by witty one-liners or punchlines, which he trademarked as “lifelines” for their depth and delivery.
Early on in his career, K.WEST became known for his lyrical prowess, as demonstrated on hit single “IGBORO,” which was nominated for Best Artiste Song of the Year at Ondo State music Award (OSMA).HE went ahead to win “Best Artist in Diaspora”  in the same event.
Not resting on his oars, He followed up with several noteworthy features and collaborations, He has worked with several of the best names in Nigerian music, including MasterKraft, Fliptyce and Tee Piano.
Signing with Don Sylvester Records signified a turning point in K.WEST’s career, but an even more significant one for the record label – as he is their first rap act.
As the newest addition to the DSR line up roaster, which includes his fellow label mate singer, AdamSwaggs, K.WEST is set to take Nigerian music to the next level – one witty punchline at a time.
Download, listen and share your thoughts.