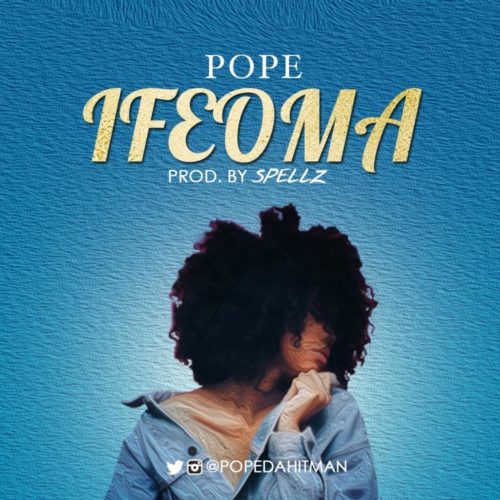 For those who have loved good Nigerian music from way back, the name “Pope da Hitman” would not just ring a bell but also get you excited. From his hiphop-afrobeat inspired debut single “Enjoy” released in 2010, to his mellow love track, “Let Me” featuring Shaydee, we got a feel of his lyrical prowess and unique style. Soon after that, he released the remix to his single “Baale Baale” featuring 9ice and Reminisce, and his last single “I can’t shout” featuring Eldee.
He also rocked the airwaves on MI’s illegal music 2 on the track “Pain” and Terry Tha Rapman’s single “Shano”, amongst other collaborations. Just when you thought he had left music for good, Pope makes a comeback with a new hit song “Ifeoma”. On the track produced by the superstar producer Spellz, Pope shows his versatility by moving away from his usual punchline rap style to something melodious and calmer for the soul.
He talks about his burning love for a type A chick and how much of a distraction she poses. The track with its afrobeat undertones, is both the kind of music you’ll like to wake up to, as well as the type to have you moving your body on a Friday night. This banger is sure to keep you wanting more from Pope.

Vikoliver unleashed most requested song “Jabo” off his “Taking Over” EP, with All songs Produced by Spellz. With his first...