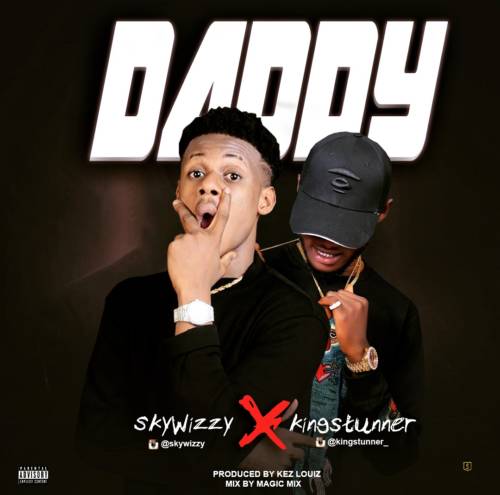 The SEE STARS Hit man Skywizzy has released the long-awaited hit track “DADDY “. The track features the Nigerian born hit-maker from the East, KING STUNNER . Wonsoul as an artiste is known by the extra vibe and liveliness he bring into his songs, making him one of the fastest rising artistes in the country at the moment.
DADDY is a dance track with super groove produced by Kez Louis and mixed by Magic mix . This song has been a notable banger in clubs and parties all over the country and has gained massive airplay from radio houses since its release.