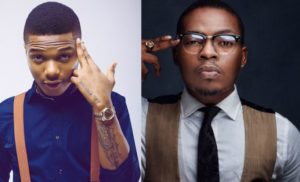 Baddo teams up with the number Starboy and this time we expect nothing but magic. The last time Olamide and Wizkid worked together, they released a not so popular single ‘Confirm Ni’ in 2015.

The new song which seem to have been recorded sometime in January will hit the streets in a matter of weeks and we have been seeing both Starboy and Baddo vibing to this tune.

As we anticipate the new tune, here is a snippet for you to enjoy in the mean time.