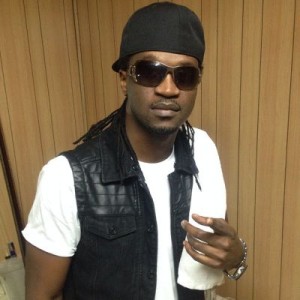 In a chat with GoldMyneTV, Paul Okoye aka Rudeboy spoke on the rumoured marketing of the popular Squareville home in Omole, Lagos. The structure is believed to be owned by twin brothers and two halves of the defunct Psquare group; Peter and Paul Okoye.

However, Paul revealed that the house is co-owned by himself and their elder brother, not his twin brother. He said that their plans for the house has shifted and that’s their reason for putting it up for sale. The singer went on to confirm that the building is indeed up for sale and the price tag is #320 million.

Video: Paul Okoye speaks on selling Squareville home in Omole, Lagos _ Paul Okoye of P-Square speaks on reasons they put up their house, Squareville, in Omole, Lagos, for sale. Though they once parted ways and later settled their differences, the decision to sell a property they share together seems to be a strong indication that they may never come back as a group anymore. _ Credit: #stv