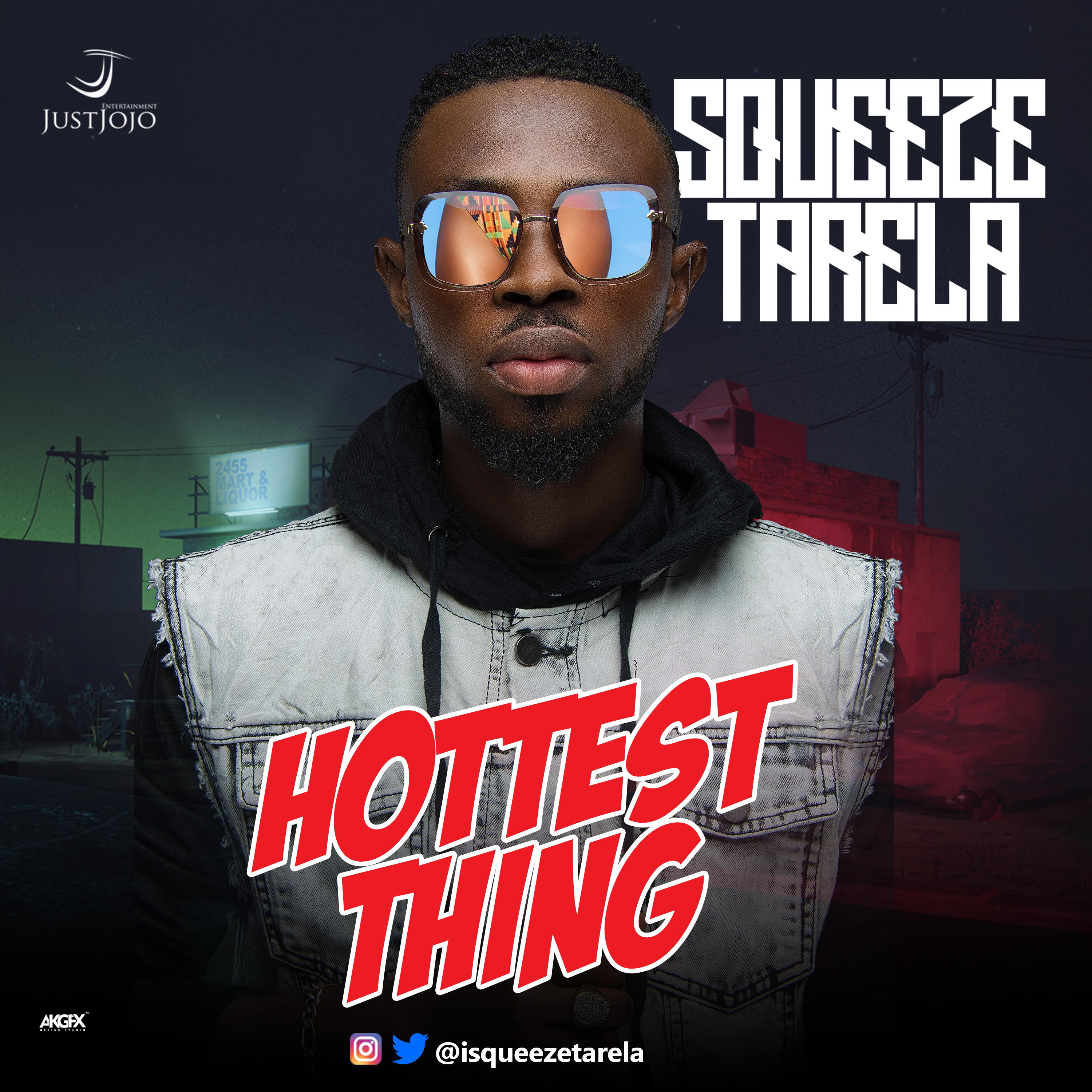 Just Jojo Entertainment‘s Squeeze Tarela popularly nicknamed “Record Killa” comes this masterpiece, titled “Hottest Thing”. The “Bend” performer, comes off as one who finds it easy to express himself through music, owning his unique voice and using it as a  tool to cause a stir to the dance hormones as seen in previously releases singles and refixes.
Squeeze’s new track “Hottest Thing”, does not stray too far away from his previous genre of music, only that this is infused with a reggae rhythm where the record killa‘s lyrical prowess sees a touch of patios blended perfectly with ease, a piece in which he delivers relate-able love lines, immersing the feminine listeners on a personal level.

Produced by JayPaulBeatz, with strings played by celebrated guitarist Fiokee; “Hottest Thing” is a gigantic effort from the budding singer who is steady gaining a fan base of like-minded young folks. The sky is but a stepping stone for Mr. Tarela, and soon to be “Hottest Thing” in the music-sphere.  “Hottest Thing” is is available for on iTunes, Amazon and Google Play, and has already been play-listed on The Beat 99.9 FM, Citi FM, BBC 1Xtra Radio, Legacy FM, Beat 103.6 FM London, UDR Radio Radio etc. “Hottest Thing” also made a chart debut on the UK Urban Music Club Chart at #24, and currently sits on 20th spot.