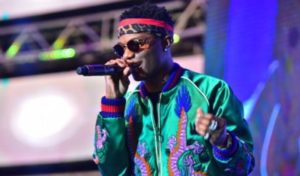 July 16th, 2018 was (supposed to be) declared the National Wiz Day in celebration of the 28th anniversary of the birth of Ayodeji Ibrahim Balogun – the music icon known as Wizkid.

Wizkid has one of the most inspiring stories on the continent – rising from the streets of Ojuelegba to become the pride of the African continent. The Star boy is given the reverence of a King in the African music community.

To celebrate the King on his special day, friends like Ycee, Maleek Berry, DJ Spinall and other Star boy affiliates made recordings of their birthday wishes to him. These recordings were compiled into a five and half minutes video that captures Wizkid’s king-sized influence in the industry. The video was compiled by Daviid Anthony.